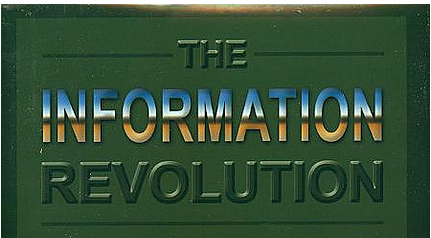 Is it possible to capture how much the information revolution has changed our world?

I was just listening to the weekly radio show On The Media (June 17th 2011 episode), when I heard a segment about the FCC’s recently released 360 page report that OTM calls “one of the most comprehensive overviews of the US media ever produced,” and in its scope, certainly attempts to answer the quote above in the affirmative.

The report, authored by the segment’s guest and head of the project Steven Waldman, is titled The Information Needs of Communities: The Changing Media Landscape in a Broadband Age.” The project and subsequent report is the product of over two years of work and “600 interviews and workshops held all over the country,” and the findings in my opinion are vastly interesting. I therefore wanted to share the full report and some of its salient findings with you.

After reading please come back and add your comments below as to what you think of the FCC’s report. Thanks!

Here is the OTM Transcript:

Here is the full PDF of the report:

Add Conduit for Communicators to your favorite blog reader!